Proteins are the building materials of our body. Important source of protein are animal blood, brains and other rest products from the slaughterhouse. Good food for flies. We feed those flies to fish and fish is healthy. Bon appetit!

The largest insect farm in the world is being built in South Africa. At least, according to the latest census. Around this time it should be finished.

Every day at least 110 tons of manure and various types of waste of the food industry will be transformed into 17 tons of fly larvae.

That is, if the flying farm is in full production, which will be by October this year.

Between 14 and 17 May, we are going to hear everything about the proces. David Drew comes to the Netherlands. The man from Agriprotein, the mega fly farm in South Africa.

He will speak at the conference ‘Insects to Feed the World’ organized by FAO and Wageningen University.

No, a four-day conference on insect breeding is not to much. Insects are destined to feed the world.

They are not only suitable as animal feed; with a more hygienic diet it, they are perfectly nourishing for humans as well. In Africa it is already happening on a large scale.

Insects contain 30 to 70% protein, fatty acids and large quantities of iron, which is important for the billion people with iron deficiency in developing countries.

Also present at the conference: the Ethiopian Segenet Kelemu. She is director of Icipe (International Centre for Insect Physiology and Ecology) in Nairobi. But most of all she is enthusiastic, passionate and driven to find solutions for the current food problem. Watch this: 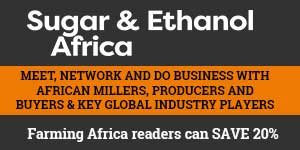