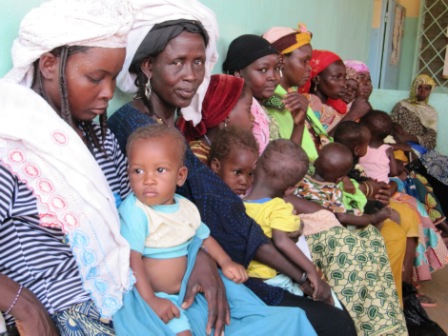 The second international congress ‘Hidden Hunger’ takes place in Stuttgart, Germany. Not a place with hidden hunger. People coming from regions which are affected most by hidden hunger, will have difficulty in attending. That’s why the German University offers scholarships.

The 2nd International Congress Hidden Hunger is a global meeting of scientists, field workers, members of NGOs and representatives from the government, public, private and civil sector. It will focus on causes and consequences of Hidden Hunger during early development as well as on counter-strategies. For more information, check their website.

Whereas participants coming from Europe and the USA will have few problems to visit the congress, people coming from worldwide poor regions and regions which are affected most by hidden hunger – such as Africa and Asia – will have difficulty in doing so.
However, scholars are the backbone of the congress. After the great success of scholarships at the 1st International Congress Hidden Hunger in March 2013 the university of Hohenheim will again announce the possibility to actively take part in the congress.

Funding will go primarily to young investigators with convincing arguments that they have no access to any other support. Scholarships have to be combined with an active scientific participation, i.e. giving a talk about ones own work or presenting a poster on the same. Abstracts have to be accepted by the scientific committee,
Each scholarship will comprise an amount of €1,500,- including travel expenses to Germany, accommodation and participation in the congress. Besides that, there is general funding of the congress.
For more information or registration, check the website, or get in touch with Prof. Biesalski via biesal@uni-hohenheim.de or +49 711 459 24112.

The university also supports active participation in the form of a space in the exhibition, comprising one or a maximum of two tables (each 1.8 x 0.6 m). For NGO’s this offer is free of charge.

For other events, see the agenda on agricultural events in and about Africa on Farming Africa.