Agricultural journalists are watchdogs, not only for freedom of speech, but also for another basic human right: being free from hunger. Both freedoms are related and are continuously threatened. The establishment of associations of agricultural journalists, as recently the Gardja in Ghana is to be welcomed wholeheartedly.

Freedom is possibly the most important matter for a human being. This may be the reason why the word freedom is used over twenty times in the Universal Declaration of Human Rights: Human beings shall enjoy, amongst others: ‘freedom of speech and belief and freedom from fear’.

Freedom of speech is a very complex issue to ensure. It’s about freedom of expression, which includes the friction between facts and opinion, between opinion and offense and the establishment of a fact and the underlying interests of different parties involved. Freedom of speech is in the first place: freedom of thought.

Consequently, the importance of the task of a journalist should not be misjudged. The journalist doesn’t play a role in maintaining a fair government system, but he needs to control and monitor the people in government and the policies amplified.

An agricultural journalist has another important burden. Above the freedom of speech he is directly involved with the human right that declares that a human being needs to be free from hunger.
It seems obvious and maybe needles to mention that people have the right to adequate food and freedom of hunger, but this point is almost as challenging as the right to free speech. 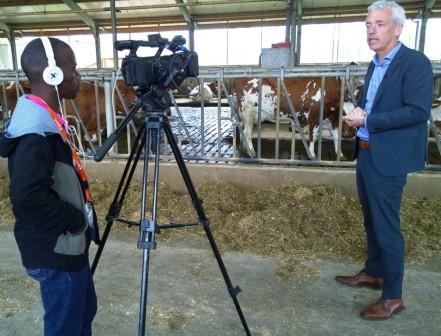 Lots of contradictions and contrary interests are involved while covering food production. It’s about economy, techniques, agricultural practices, food security, food sovereignty, and many other different local, national and international developments and policies that directly affect farmers as well as consumers and the whole chain in between.

While covering those issues, it’s of the utmost importance that a journalist can do his job well informed and independent from any party, regardless how big their importance and power might be.
When it’s about food production, the interests of some international multinationals, organisations, political parties or third countries, who consistently influence and strengthen each other’s, are of such an enormous scale, that it directly threatens the independence of the journalist. This makes it difficult for journalists to maintain their freedom of thought and bring a fair and independent message to their audience.

In the world of food production, the contradictions are vast. There’s the issue of agrobiodiversity, which has proponent players with unequal power related to those who do not have any interest in the sustainability of ecosystems, being the ones who have budget and PR organisations for promoting inputs like pesticides and fertilizers.

In this way, there are also powers in favour of multinationals and big foreign companies who want to produce raw materials for the world market, who have only the slightest awareness of the wellbeing of local small scaled farmers and citizens of the rural area.

Agricultural journalists should always be aware of the power of those institutions, of the forces affecting independency and the deliberate mystification of the truth. Especially when it comes to contradicting issues like trans-genetics, organic agriculture, food policies, land issues, animal welfare, health, market prices and production costs, environmental issues like climate change and erosion and droughts.

The list of issues affected by directing influence is immense. And yet, the influence on independence, and subsequently on the truth, is often underestimated. It’s of the utmost importance that the message is achieved under fair conditions, to ensure the message to the reader is fair as well.

The journalist works for his audience. For his readers, listeners and viewers. Not for the ones who are determined to spread a message. For an agricultural journalist the reader is often the one who makes policy on food production, processing, distribution and marketing, but foremost the one responsible for food production: The farmer.

In emerging countries, the biggest deficiency for food production is the limited knowledge of farmers. In a world with a growing population and an increasing demand for food, economic chances are enormous. The ones who have great success in farming are the ones with knowledge of good agricultural practices.

When small and medium scaled farmers become experts, they can produce equally or even more then big scaled highly automated farms. With their production, marketing, processing and distribution, they are able to build a flourishing rural economy. This prevents people from moving to cities where they end in desolated slums.

This means that skilled farmers are not only essential for food security; a rural economy is also crucial for preventing urbanisation.

The task of an agricultural journalist is big, difficult and of great importance

The task of an agricultural journalist is big, difficult and of great importance. That’s why I am happy with the launch of the Gardja (Ghana Agricultural & Rural Development Journalists Association) on may 22nd.

During their launch, the Gardja declared their overarching purpose, which is ‘to mobilize and organize Journalists and Media Organizations involved/or interested in agricultural, environmental and rural development media reporting and activities to come together, share perspectives, help themselves, sharpen their skills for this kind of speciality in media work, to professionally inform the various publics to improve public opinion towards favourable policies, programmes and practices for agricultural and rural development efforts in this country’’ .

I wish the Gardja a lot of wisdom and success in the future and I hope the IFAJ (International Federation of Agricultural Journalists) will give them all the support they can with establishing a guild of independent expert agricultural journalists.

The IFAJ has decades of experience, it has the possibilities and the means to support Gardja with building a strong guild that can work on independency of their associate members, as the IFAJ recognises the gravity of the freedom of speech. 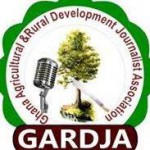