Wealth is rising and African cities are mounting. Food is crucial for those flourishing cities and agriculture is the major contributor to most African economies. Still, farmers are poor. Instead of supporting their farmers, countries like Kenya choose to import food. Something needs to change, Simon Wachieni insists.

A special report by Simon Wachieni 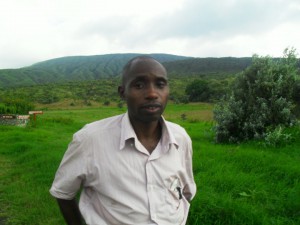 Over 80% of the Kenyan population, especially those living in rural areas, derive their livelihoods mainly from agricultural related activities. Agriculture is the major contributor to the Kenyan economy, accounting for 25% of the gross domestic product (GDP). Growth of the national economy is therefore highly correlated to growth and development in agriculture.

For what sounds like a major part of the national economy, you would expect these farmers to be relatively well off and financially secure. But they aren’t. In fact, they represent the majority of the poorest and hungriest people in the country.

Kenya is one of the African countries which are highly food insecure, despite holding huge agricultural potential through vast natural resources. According to the UN’s Economic Commission for Africa (ECA), the continent imported 83 per cent of its food in 2013. ILO estimates that Africa imports close to US$50 billion worth of food every year, mostly to feed its rapidly expanding urban population. The ILO believes that this is equivalent to what Africa receives in official development aid.

Why should this be the case?

Kenya’s farming sector is predominantly small-scale, mainly in the high-potential areas. Production is carried out on farms averaging 0.2–3 hectares and accounts for 75% of the total agricultural output.

A large proportion of the country, accounting for more than 80%, is semi-arid and arid with an annual rainfall average of 400 mm. Droughts are frequent and crops fail in one out of every three seasons. There has been very little effort to modernize the farming practice for the majority of the smallholder farms. Very little effort has been made to transit from rain–fed 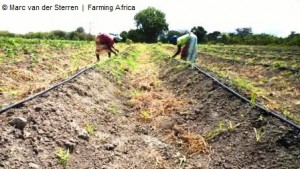 agriculture to irrigation. For instance, production on small-scale farms is only 50% of what commercial farms achieve.

Commercial farms have the financial means to benefit from modern technology. However, technology transfer to smallholders has also been hampered by low or no access to knowledge and to extension services.

According to Egerton University’s Tegemeo Institute in Nairobi, there is a huge shortfall of public extension officers with a national tally of only 5,470 staff members. This ratio of officers to farmers stands at 1:1,500. This situation has hindered most farmers from keeping pace with changing technological advances.

The challenge of food production may worsen if the current trends are not reversed. The majority of farmers is also aging. However small scaled farmers are crucial for the production of food for the growing population, no efforts are made for them. Most Kenyan youth have shunned the farming practice, preferring to migrate to cities for search of alternative, but mostly non-existent jobs.

The International Labour Organization (ILO) estimates that up to two-thirds of the young population is underutilized in developing economies – either unemployed or with irregular employment.

Agriculture deserves a rightful place in the national economic development

The trends need to reverse. Agriculture deserves a rightful place in the national economic development. Therefore there is need to find innovative ways of transferring the many existing farming technologies and innovations to the small holder farmers.

Most research institutions and universities have no interest in those affairs; they are not their core business. Commercial innovators hardly focus on smallholder farmers due to the perception of inability to pay for the product. It is therefore greatly important to come up with alternative extension avenues to reach the smallholder farmers, as well as develop affordable and localizable innovations that will help them maximise their agricultural outputs.

Besides that, there is need to think of better ways to entice the youth to start seeing farming as job and wealth creation alternative.