Dutch agriculture differs much from African agriculture. The costly highly technologized agricultural system may seem too different for many small scaled African Farmers to learn from. Stephen Dradenya however gives it a try with his magazine Farmers Today.

Dutch agriculture is internationally leading in innovation. Not only because of the possibilities, but also because of the necessity. Despite the many advantages, food production in The Netherlands became rather expensive. Prices of farmland are amongst the highest in the world and labour is very costly, mainly due to the high social welfare. Above that, this densely populated country with critical citizens has high production standards regarding animal welfare and environment, which make farming an expensive profession.Looking at agriculture, The Netherlands may seem the opposite of an African country like, for example, Uganda. The delta of Netherlands has fertile soils and a friendly climate. With the harbour of Rotterdam it has a history of relatively cheap access to all kinds of inputs like feed ingredients.

Those possibilities and necessities made this small country to the world leading agricultural country that The Netherlands is today. With all its technological and economical knowledge, a liberal politically stable climate with willing politicians and ambitious agricultural business, the Netherlands became the world’s second agricultural exporting country.

It is in this country where Stephen Dradenya, a prominent Ugandees journalist, publishes his magazine Farmers Today. He has a team of about twenty Ugandees writers who write the Ugandees on-farm stories, which enable farmers to share their practical knowledge on farming and marketing.
Farmers Today can become an important tool for Ugandees farmers. An instrument to increase food production and food security. The knowledge, provided in Farmers Today, has the possibility to pull many subsistence farmers and small scaled farmers out of poverty and help them to become small or medium scaled profitable enterprises. But also, in my opinion even more important, it will make them independent farmers who make the right decisions.

Preparing a vision on farming and taking the right decisions may be the biggest task of most farmers in the world.

Preparing a vision on farming and taking the right decisions may be the biggest task of most farmers in the world. Weather they are big scaled, high profitable exporting businesses in the west or small scaled subsistence farmers struggling to find a way out of poverty. 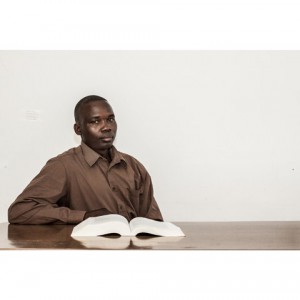 In this mission, the magazine Farmers Today may be a big help for farmers. Stephen Dradenya describes the objective of Farmers Today as ‘to encourage farmers to love their job and trust that they are in the right course of jumping out of poverty’.

This pursuit however, is more difficult than it seems. Simply because, for a farmer, there is not just one course out of poverty. There are many ways. And farmers and experts around the world don’t agree on which agricultural system is the best.

In Africa the figures are even more extreme. But so is the potential. On this continent, just 15 percent of all food is produced. It however uses only 20 percent of its capacity.

Farmers around the world are urged to increase food production. All parties and stakeholders agree on this. And of course. Farmers should. But most and for all a farmer himself should be able to choose the right direction. There is not one method to increase the production, the world knows many, sometimes conflicting farming systems.

Agriculture in the Netherlands is not only a success story

Most farmers in the world, especially in Africa, produce on small traditional scale. While increasing their production, the big, highly mechanised farms might seem a model to strive for. Those farming companies, which are mainstream in the Netherlands, are based on a system of high inputs of chemicals, energy, fertilizers and even monocultures and genetic engineering.

This system may be more profitable for some farmers, if everything is perfectly carried out. Farmers however should be aware of the high costs of input and the huge risks which come along. Although the production may be controlled to the utmost; weather and market prices can still ruin the farmers income.

There is a lot of money involved in this farming system. Farmers should realise that the biggest profits are made by companies who produce those farm inputs. Even as banks which provide loans and companies offering insurances. The Netherlands is not only a success story. Many of the farmers are in deep debt. Lots of small scaled farmers go bankrupt.

Still, the big companies can be very insisting and promising about a high-input farming system. It may even become difficult for farmers to keep on realizing there are also alternative farming systems. Especially for the small scaled farmers who don’t have the means to invest in a high-input agricultural system. Organic farming, permacultures, agroforestry and agroecology don’t require that much investment and can be as productive as high-input agriculture. On the long run, they can even be more profitable, also because consumers are willing to pay more for this food. This, in contrary to claims of many companies and even scientific institutions, that run for an important part on the budgets of those companies.

Of course, those farming systems requires much more labour. Take only, for example, the weeding. It needs more physical efforts and, if one wants to use all capacity of his farmland, requires as much knowledge as high-input farming. Costs however are much lower and so are the risks.

For example, in the first edition of Farmers Today, Dr. Jetse Stoorvogel, professor on Wageningen University, states that Ugandan farmers may be constrained because of lack of money to purchase fertilizers and herbicides.

Dutch farmers produce easily ten tons of maize per hectare. Ugandan farmers hardly produce three tons. Stoorvogel is right when he says that Ugandan farmers can produce the same amount. Uganda also has fertile soils and even a better climate for maize.

The most easy way to reach this production is, as Stoorvogel mentions, an investment of nitrogen and other fertilizers. Dutch farmers use on average 200 kg’s. Besides that, they spend a lot of money on herbicides and other pesticides.

He however doesn’t tell that it’s also possible to increase the production without those expensive inputs. On the same university there are professors who tell a completely different story. Pablo Tittonell for example. He is professor in ecological farming systems and states that increasing food production should be done by utilizing the knowledge of nature, knowledge of traditional agriculture and knowledge of local farmers and conserving biodiversity. And all this, combined by using the latest knowledge and technology.

It will be hard to find choices that are more difficult to make then the ones farmers are facing.

Who’s right? Within Wageningen University there are professors on agriculture with a completely different point of view. And so are in big international organisations like the Food and Agricultural Organisation (FAO) of the United Nations.

The world of agriculture is a complex playing field in which only farmers themselves can decide best what choices to make. For this, they need to be aware of the contradictions in farming.

It will be hard to find choices that are more difficult to make then the ones farmers are facing. Gladly there are tools for them to make the right decisions. Like Farmers Today, which promises to become an indispensable instrument for Ugandan Farmers. With success stories of farmers in Europe as well as in Africa, can show farmers this contradiction.

Farming Africa wishes Stephan a lot of success with this publication.