Mali, here I come! Thanks to an invitation of Api Mali, the Investment Promotion Agency of the Republic of Mali.

Mali? A friend asked me. What do you want to do there? Mali is a desert. Sahara and Sahel. If you are looking for agriculture, I suppose you are in the wrong country.

Oh no, I’m not, I replied. There’s more acreage of agriculture as in our country, The Netherlands.

Yes, the drought is enormous. For seven months there will not fall a drop of water. And it can be hot. Maximum temperatures during day seldom go beneath 30 degrees Celsius. More often they exceed the 40, or even 50 degrees. Despite all this, you can see lettuce, tomatoes, strawberries, and green beans grow without one drop of rain.

In fact, The country has 6 million hectares of arable land, of which 2 million is irrigated. This country, with three climatic zones, is the biggest cotton producer of Africa.

For seven months there will not fall a drop of water

Well, how’s that possible? The answer is the magical river Niger. The main river of West Africa that springs in Guinee and flows in a north-eastern direction where the gigantic Niger majestically enters Mali. After passing Bamako, the capital of the country, the Niger makes branches and forms a basin that takes almost half the country. In that way, she continues her course into the Sahara, passed Tombouctou, where she suddenly bends and flows southwards to Niger, Benin, and Nigeria where she, in full force, reaches the Gulf of Guinea.

The importance of the river Niger cannot be underestimated. Agriculture would hardly be possible without this river. Now, almost 80 percent of the people in this ‘desert country’ depend on farming for their living. The country’s economy depends on gold mining and export of agricultural goods. Around 40 percent of Mali’s GDP comes from agriculture. Cotton is the biggest cash crop, while the country is self-sufficient in rice and coarse grains like maize, millet, and sorghum.

And for products that are not grown a lot, but make up an important ingredient of the daily meal, our country has an important trade partner with Mali. Unions for example. Yes, they can grow unions themselves, but only for six months, Jaap Wiskerke, the biggest union trader of our country told me.

And those unions cannot be stored. So for The Netherlands, which is the world’s biggest exporter of unions, Mali is an important partner. Since recently it even became the fourth biggest buyer of unions. ‘But that’s because Mali is dealing directly with us nowadays’, says Wiskerke. ‘In former days, they also received our unions, but they came through Senegal.’

So yes. Mali is a desert. But that’s only half of the country that is as big as France, Germany, and the United Kingdom together. Mali is a big country when it comes to agriculture. I’m looking forward! 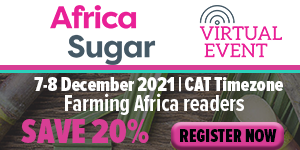