The Western Cape of South Africa will not allow buying land anymore by citizens without a certificate in land management. With this intention, the minister of agriculture wants to protect future landowners from accidents. 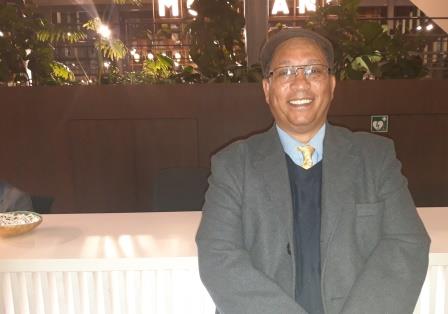 Dr. Ivan Meyer, agricultural minister of the Western Cape, expressed this intention to Farming Africa during a visit to the Netherlands and the International Green Week in Berlin in February. Buying land in this region will only be allowed after one has completed a six months land management course.

The reason for this new policy is accident prevention. “You cannot drive a car without a driving license.” Minister Meyer thinks farming is too difficult and risky to leave it to unprofessional farmers.

During the current land reform process in South-Africa, too much land is left idle because new landowners are incapable of developing the land or keeping it in condition by practicing good agricultural practices.

“Too often, new landowners complain their land is not good. There’s too little water, the land is not fertile, the crop is not growing, there is no market…” But farming is not easy, Meyer admits.

An obligated course will teach new landowners about soil quality and fertility, water management, crop management and about the suitability of the land for animal husbandry, arable farming or horticulture. Some basic knowledge by landowners is of great importance for the continuity of food production.

This ministerial plan is in line with the five strategic objects, of which education and research is number one. Dr. Ivan Meyer, Minister of Agriculture since May 2019, is convinced that “agriculture must be rooted in schooling and research. Agriculture needs people with a thorough understanding of the theoretical backgrounds of agriculture, founded on evidence-based research with a practical understanding of farming.” To ensure farming for the future, Meyer focusses especially on young people. “Agriculture needs to become more sexy. We have to teach children from early as kindergarten.”

Agriculture in the Western Cape has enormous potential, Meyer explained to a public of businesspeople in Europe. “Yes, it’s only one province, but it makes 10 percent of South-Africa. With 129.000 km2 this is significant.” The Western Cape has a well-developed economy with a good infrastructure.. “Regarding to transparency, we are the best in South-Africa”, Meyer underlines. “And you can extrapolate this to the whole of Africa.”

The Western Cape is globally competitive with a mix of agricultural products and it supplies the northern hemisphere in their off-season. Agriculture in this area is on the rise. “Despite the worst drought in 100 years, we experienced a direct investment in agriculture of 4 billion Rand” (€250 million).

The drought was a real crisis, but with some positive effects, Meyer emphasizes. “Water consumption almost halved during the water crisis.” The emergency situation taught consumers and farmers another behavior and it brought technical innovations. “Water resource management is going massive”, Meyer told. “We learned that Israel does not depend on rainfall anymore. Therefore we now have Israelian experts in our country.”

This positive outcome is only one occasion for minister Meyer to say: ‘Never waste a good crisis’. When asked about the Brexit he gained another opportunity. In Europe, he would like to find out more about the consequences. This because Great Britain is with 13 percent, the biggest export market for the Western Cape. The Netherlands comes second with 12 percent. 49 percent of the Western Capes agricultural export goes to Europe.

But even in Europe, people are unaware of the situation after Brexit. “We have to wait and see what will happen”, he says. But he is certain things will turn out well and chances will cross the Western Capes path. “There’s a lot of uncertainty. It’s a good crisis. So don’t waste it.”

The minister of Agriculture of the Western Cape visited Europe together with a delegation of farmers, mainly fruit growers. In The Netherlands, they visited many companies throughout the food chain, where they learned a lot about logistics. “It must be fast”, Meyer says. But also the packaging was an eye-opener. “The population is aging and many people are single living. They need smaller packages. And farmers shouldn’t plant a commodity anymore, they need to grow specifications. Before we plant anything, we need to find out exactly what the market wants.”

Also, the farmers were enthusiastic. “Now we have seen how the fruit comes in in Rotterdam, we understand the remarks of our exporting company”, a table grape grower told. Another farmer learned that farmers need to work quickly but precisely. “And we need to invest in the right packaging. Importers need to tell us exactly what packages they want, but also who will carry the costs. Because sustainable farming also means that a farmer is financially viable.”